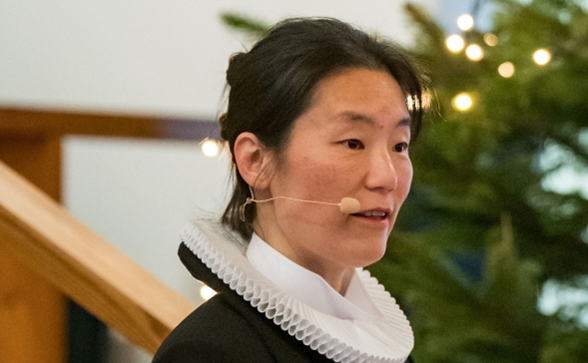 ”I’m incredibly excited about this. I love meeting new people, hearing their life stories and learning about different cultures.”

So says Marjun Lómaklett, who on 1 February will take up the role as integration vicar, a job which she describes as “a wonderful and exciting challenge”.

She intends to spend the first months learning about the immigrant population in the Faroes to get a general idea of their situation and their needs.

Once settled into her new job, Marjun aims to conduct regular English-language church services, along with other social functions aimed at bringing people closer together.

“I was adopted from South Korea as a little girl, but I feel entirely Faroese, also despite having worked abroad for so many years,” she explains.

“Having said that, I can also identify with the notion of feeling like a stranger or outsider here. So I hope I can make use of my professional and personal background to help build bridges between people of different cultural backgrounds, Faroese society and the church.”

“On behalf of the Faroese church, I want to help newcomers find their feet in their new country and adjust to their new language and culture,” Marjun explains.

By offering English-language church services to those who are at the early stages of learning Faroese, the plan is to ease the transition for these people to eventually be able to enjoy church services conducted in their new language, Faroese.

“I hope that events like these will give newcomers a chance to get to know not only other newcomers but also other Faroese people. In other words, we hope to bridge the ‘us and them’ gap.”

Marjun hopes that people – locals and newcomers alike – will welcome this new initiative by attending the events.

“I would like to meet as many people from as many different backgrounds as possible and meet them on their own terms. If I cannot help directly, I’ll make sure to direct them to someone who can,” she says.

From 1 February, Marjun can be contacted by email at marjunl@kirkjan.fo.